The Ontario Male Chorus is a performance group focused on classical to contemporary music, of both secular and sacred pieces. The OMC is comprised of singers from the AMCO member choruses, and other interested individual singers. Formed in part to provide a vehicle to AMCO members for the continued learning and deeper understanding of choral singing. OMC is the Learning Arm of AMCO, the Association of Mens’ Choruses of Ontario (www.amcofo.com) – Learning to Sing for Life.

Open to any singer wishing to take part, the OMC provides extra instruction in one singing group. Singers take these lessons back to their member choruses or wherever they sing, hoping to enhance those sounds with their experiences gained in OMC. The AMCO choruses, from which most OMC singers hail, are long established in the communities of Niagara, Brantford, Cambridge, and Toronto (Etobicoke). The OMC performs typically two concerts annually and conducts yearly workshops under the direction of one of Canada’s foremost conductors, Bob Anderson.

Each year, OMC also provides a Performance Platform for young aspiring singers, to build on their resumes and exposure by featuring their abilities in solos and small groups at OMC concerts. Singers selected are often new University graduates or upper-year students, taking the first steps to building performance resumes that will launch their careers.

OMC’s debut concerts in 2013 were a widely acclaimed artistic success. These showcased the talents of four student musician soloists, as well as the recently formed group of young men, the Canadian Mens’ Chorus (who have also been featured at the Stratford Summer Music Festival this year).

Would you like to be part of this artistic endeavor? Would you like to make an impact on the performance of 100+ singers and dozens of music students and young musicians from across Southwestern Ontario, each year? 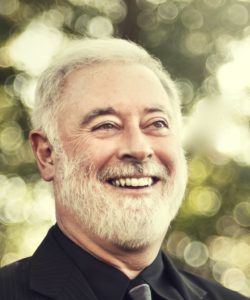 Bob Anderson holds Bachelor of Music and Education Degrees from the University of Western Ontario, where he studied choral conducting with Deral Johnson, and a Master’s Degree in Vocal Performance from the University of Cincinnati. He performed with the Elmer Iseler Singers for four seasons, and his choral arrangements and compositions are published with several Canadian publishers. He taught in the Peel District School Board for 25 years, joining the staff of Cawthra Park Secondary School in 1999, retiring in 2016.

In addition to his new role with the Ontario Male Chorus, he is enjoying his second full season as founding conductor of Resonance, a non-auditioned choir for youth and young adults ages 15 to 28. Resonance is part of the Mississauga Festival Choir family of choirs.

As well, Bob conducts Raising Voices, a “family choir” that includes individuals with dementia, including Alzheimer’s Disease, and their caregivers, with support from youth and adult volunteers, MFC, and Alzheimer Society Peel.